For drugs with low solubility or bioavailability, Capsugel® offers a wide range of formulation options and technologies that maximize the opportunity for development and commercial success of drug candidates.

SDD technology serves as powerful formulation tool to enhance the bioavailability for compounds with low solubility — a problem encountered with an estimated 60-90 percent of compounds in early development. Our proven track record with SDDs over the past 20+ years makes us an ideal partner for advancing low-solubility compounds. We have developed and advanced more than a thousand SDD-based formulations working with biopharmaceutical customers around the globe.

An SDD is a single-phase, amorphous molecular dispersion of a drug in a polymer matrix. It is a solid solution with the compound molecularly "dissolved" in a solid matrix. As the name suggests, SDDs are obtained by dissolving drug and polymer in an organic solvent and then spray-drying the solution. The formulation and process conditions are chosen so that the solvent quickly evaporates from the droplets, allowing insufficient time for phase separation or crystallization. In addition to their proven performance in enhancing solubility, SDDs have demonstrated long-term stability, facile scale-up and excellent manufacturability. 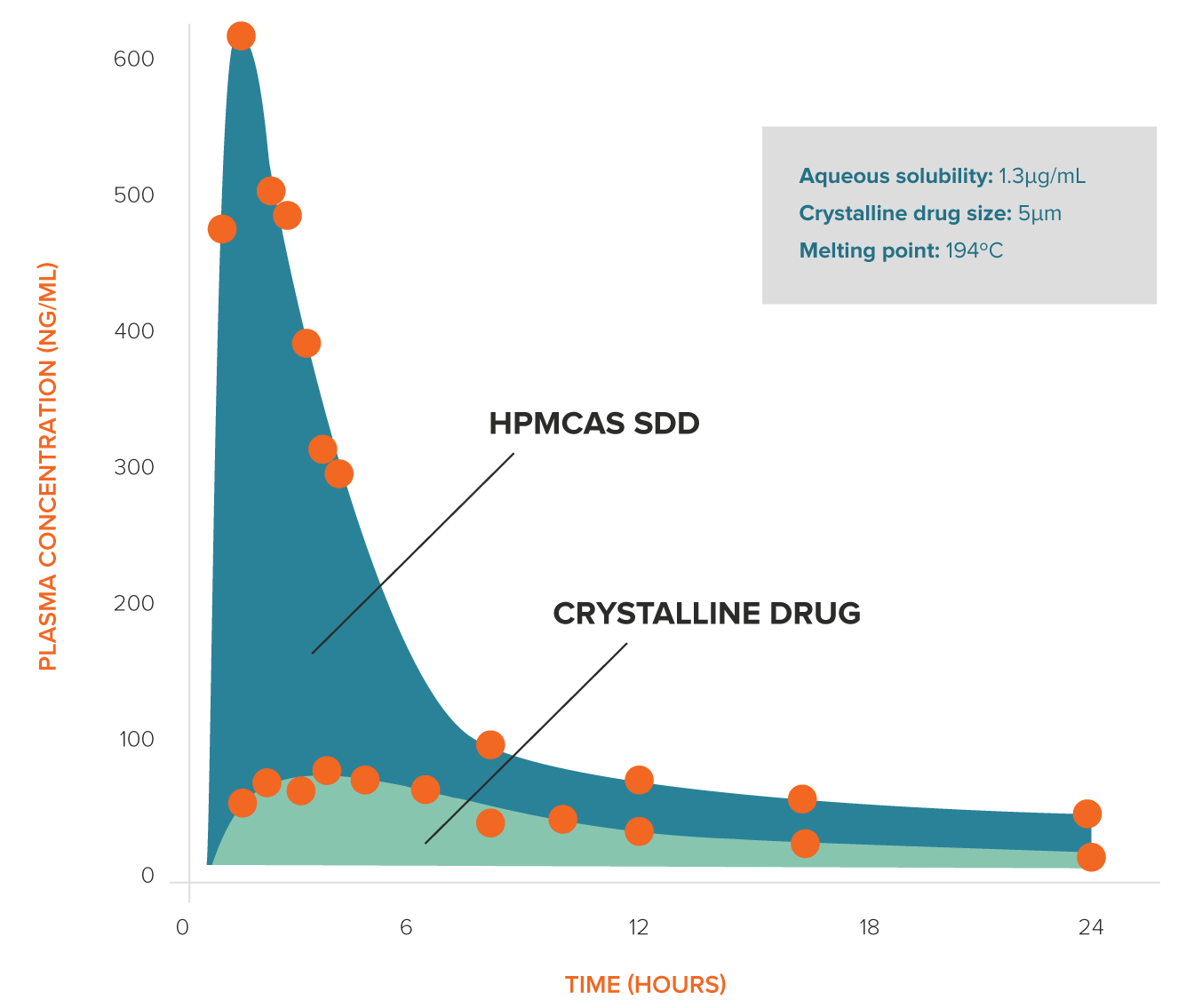 Ultimate "manufacturability" of SDD-based compounds is accounted for early in the design and formulation development phases to ensure robust commercial finished dosage forms.

Shelf-lives of more than 2 years have been consistently demonstrated with SDDs. Validated physical-stability models allow reliable identification of stable formulations from short-term data.

To View, Please Provide the Following

Thanks for contacting Capsugel

A representative will be in touch.

Continue Browsing Privacy Policy
Ready to enhance bioavailability and the delivery of your solid dosage form?
Contact Us
Impact of Intraconazole and HPMCAS on Membrane Flux In Vitro and for Oral Bioavailability

This article will broadly describe a model-based SDD product development methodology as well as a control strategy that is based upon fundamental understanding of the formulation and the process.

By clicking "I Agree", you confirm that you are above the age of 16, that you have read and understood the Privacy Policy and the Cookies Policy, and that you agree to the collection, use and processing of your Personal Information by Lonza in accordance with said policies.